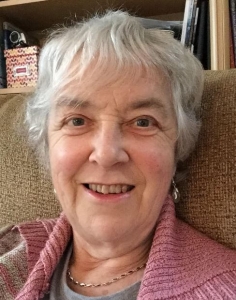 I was diagnosed with diabetes some 30 years ago with initial symptoms of blurred vision, excessive thirst and extreme lethargy. This was presumed to be Type 2 as I was fortyish though not overweight. In fact I’d lost so much weight you could see my ribs!

Being brought up vegetarian I’d always had a healthy diet, took reasonable exercise and led an active working and social life. I cut out sweet foods and took prescribed tablets (testing my urine for sugar daily – with a test-tube!).

The tablet dose was increased several times and eventually (the maximum) Metformin dose was prescribed as levels remained too high. Finally I was deemed to need insulin after being re-diagnosed as Type 1.

I couldn’t improve which was frustrating

I was hospitalised for three weeks while doctors tried to find the correct insulin as I learned necessary skills including how to use syringes, advice on diet, how to recognise hype symptoms and treat hypos. I now had twice-daily injections of a mixture of long-acting and short-acting insulin and was given a set timetable for meals and snacks.

Luckily I came into diabetic life when boilable glass syringes were on their way out and plastic replacements were newly available on prescription.

Now on insulin, I was given a brick-sized meter which delivered the blood glucose result although I had to wait two minutes for it!

Able to lead a life I enjoyed, I continued to read widely about diabetes. I transferred to pen injectors and separate doses of long and short acting insulin (at night and before meals).

I was NEVER, however, able to make much improvement to my HbA1c scores which always hovered around 9% or 75  mmol  /mol (which I found increasingly frustrating).

After moving to Skipton I went on various courses and was always ready to adapt as new advice became available. Four years ago I was convinced to try an insulin pump which gave me more scope to achieve better results and was the first thing I felt gave me more of the control I craved.

More recently I have chosen to buy a blood glucose sensor which gives minute to minute information about glucose levels. This permitted me to improve readings by awareness of the more subtle ups and downs and adjust control suitably.

Carbohydrates have always been the recommended basis of all my meals but from my own research I began to realise that carbs could be reduced or even missed out altogether. I began to try this out with increasing confidence and success.

Readings became more in the target zone with less “spiking” after meals (spiking is when reading goes really high soon after eating and then takes some time to return to previous level.) My overall daily amount of insulin was also down.

Last year I joined the Low Carb Skipton group and became even more aware of the benefits of low carb eating for diabetes. I am currently exploring and testing various possibilities and seeing evermore improvements in my results.

I hope to eventually come to a way of eating that feels right for me and my diabetes. I currently feel well-fed, rarely hungry, more energetic but above all enthusiastic!

JELLY BABIES TO THE RESCUE

After my original diagnosis hypos (or low blood sugars) were always treated with three glucose tablets followed by a digestive or hobnob biscuit.

Over the years I used various sweets, chocolates, mini snickers or mars bars, a glug of lucozade, a spoonful of sugar –  you name it I tried it!  Half a slice of wholemeal bread and honey worked well as a preventative before long walks or swimming.

But since starting with a pump the hypo treatment of choice has always been JELLY BABIES. I have now discovered that one jelly baby will raise my blood glucose by 1.5 mmols which is generally sufficient to bring me back in target.

I was persuaded to go for a diabetes check following a conversation with my brother.

At the time (November 2011) I was in my early sixties and the only things pointing to a possible positive diagnosis were family history (Type 2 mother and brother) and an excessive thirst.

The result was positive and it came as a shock to me despite the hereditary factor. I can therefore totally empathise with people who go through the same diagnosis.

I was put on metformin, and told to lose weight, ensuring that I followed a diet consuming regular amounts of carbohydrate at every meal.

My GP also informed me that “insulin is a hormone which makes hair grow on female chins” and that “diabetes is a progressive disease, not a condition.” Lots to look forward to then!

In 2015, after losing a considerable amount of weight, my HbA1c (a longer range assessment of blood glucose levels) shot up to 124 and I was put on insulin.  At this point, with low blood pressure, I queried whether or not I might be T1D rather than T2D but was told I did not present as a Type 1.

New diagnosis has put me on the right path

In March this year (2018) I requested C-peptide and GAD-65 tests to establish beta cell (insulin) production. As a consequence I have now been reassessed as T1D or LADA (Latent Autoimmune Diabetes of Adulthood) and am waiting to see a Type 1 consultant to discuss the findings further.

The new diagnosis now makes more sense and the results have made the progression to the use of basal (background) and bolus (mealtime) insulin somewhat easier to accept because there is no alternative to their use (in T1 diabetes little or no insulin is produced by the pancreas).

Now, having been pointed in the direction of Low Carb Skipton, I have reduced my carbohydrate intake and am getting good advice on low carb/high fats eating.

Encouragingly my HbA1c has dropped to 76 and hopefully will fall further as time progresses, but I am acutely aware that this depends on my overcoming a mental barrier which still sometimes leads me to give in to ‘bad food’ temptations.

For now though I feel I am on the right track.